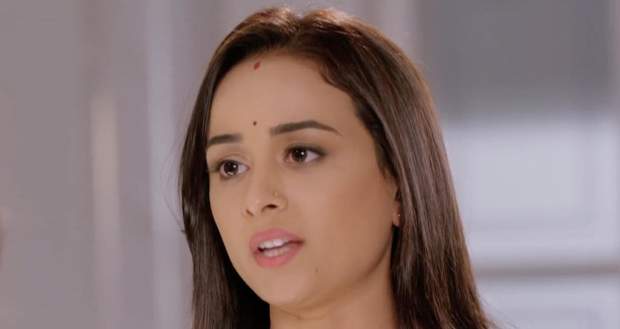 He takes her test while Radhika comes there and gives them a drink while thinking that Gehna will feel sleepy after drinking it due to sleeping pills added to it.

The next morning, the family is wondering why Gehna hasn't come downstairs while she comes there shocking Kanak and Radhika.

She takes everyone's blessings while Anant comes downstairs and says that he still feels sleepy.

Flashback shows Gehna and Anant's mug's being exchanged and him falling asleep on her shoulder.

Kanak thinks that she won't let Gehna give the exam and starts her count down.

At the end of the countdown, Anant gets a call from the company he got an interview for and announces to the family that he has to reach for the interview before 10.

Radhika offers to drop Gehna saying that she knows the school which is Gehna's examination centre.

Anant reaches the company while the receptionist tells him to sit in the waiting area.

Radhika stops the car at a deserted place while Gehna gets tensed as she is late.

Anant gets informed that he is already selected by the boss and is called in for getting the appointment letter.

He gets out of the office and calls Gehna after reading her message while she tells him that she is stuck.