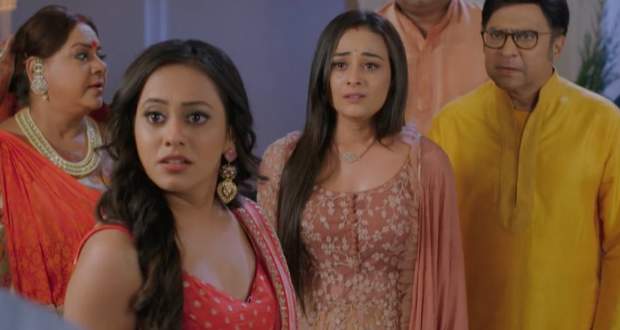 Today's Saath Nibhana Saathiya 2 (SNS 2) 17 May 2021 episode starts with Anant asking for divorce from Gehna which shocks the family.

Anant justifies himself by saying that he married Gehna on his father's wish without asking any question but now he wants to live for himself.

Baa slaps Anant while Anant is adamant about taking divorce. Radhika stops Baa from hitting Anand and questions her.

Meanwhile, Gehna condemns Radhika for speaking rudely to the family.

Anant thinks that he is doing the divorce drama to know the real face of Radhika.

Further, Radhika fears thinking about Vineet when Anant asks her to take divorce from Vineet.

Kanak is suspicious about Anant's decision of taking the divorce from Gehna.

Kanak taunts Gehna about the divorce while Anant gives divorce papers to Gehna to sign.

© Copyright tellybest.com, 2020, 2021. All Rights Reserved. Unauthorized use and/or duplication of any material from tellybest.com without written permission is strictly prohibited.
Cached Saved on: Monday 17th of January 2022 09:02:12 PM