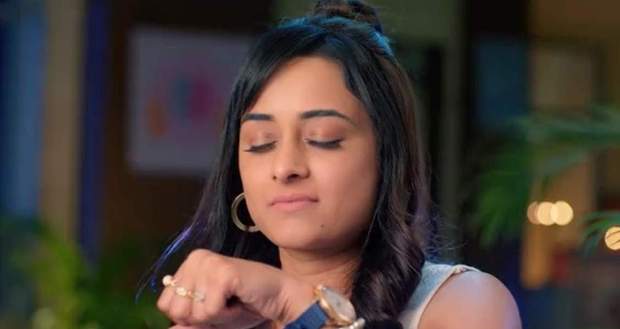 When Kamya realizes what his hotel looks like she makes fun of Kabir. However, Kabir does not give up and convinces Kamya to hop on the truck and spend the night on it.

While trying to climb on the truck Kabir loses his balance and falls on top of Kamya, which gives Kamya an opportunity to mock Kabir.

Meanwhile, Kamya’s kidnappers are on the prowl for Kamya.

Kamya arranges for food and Kabir’s medicine. After eating they lay on the truck, gazing at stars, and fell asleep.

When the kidnappers arrive at Arjun’s given location, they find it empty.

Later, Dimpy criticizes everyone at the breakfast table for eating instead of worrying about Kabir’s absence.

This makes Suman angry and she blames Kamya and Dimpy for their situation with Kabir.

Kabir’s grandfather tries to calm everyone while Sarika assures everyone that Sikander will find Kabir soon.

Meanwhile, Kamya wakes up in the morning and finds herself in a different place than the night before.

Finding themselves in Satara, Kamya gets agitated. However, Kabir asks Kamya to trust him.

Later, Arjun informs Sikander of Kabir and Kamya, being in Satara which pleases Sikander.

Kabir calls Sikander who scolds Kabir for leaving without any care for his health or family.

Kamya snatches Kabir's phone before he could tell anymore.