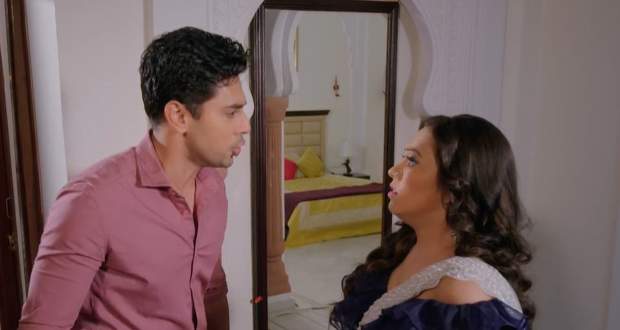 Today's Saath Nibhana Saathiya 2 (SNS 2) 19 May 2021 episode starts with Gehna confessing her feelings to Anant and informs her decision of not giving him a divorce.

She tells that Radhika is not the right match for him and expresses her trust in him and goes from there.

Anant tells himself that he will make everything correct.

Meanwhile, Radhika dreams of getting exposed in front of Anant and Anant confronting her before the family.

Kanak insults Gehna while Tia overhears her. When Gehna gets a modelling offer, Tia taunts Kanak for insulting Gehna.

However, Gehna rejects the offer and asks Kanak to not reveal family matters to others.

On the other hand, Anant is furious with Gehna in front of Radhika as Gehna tore the divorce papers.

Anant takes Radhika to the terrace and asks her to jump with him so that they can die together to which Radhika refuses.

Further, Anant confronts Radhika for lying to him about Vineet and trying to betray him.

When Radhika tries to explain herself, Anant does not pay any heed to her and asks her to leave the house before he reveals her true nature in front of the family.

© Copyright tellybest.com, 2020, 2021. All Rights Reserved. Unauthorized use and/or duplication of any material from tellybest.com without written permission is strictly prohibited.
Cached Saved on: Thursday 27th of January 2022 02:14:08 PM