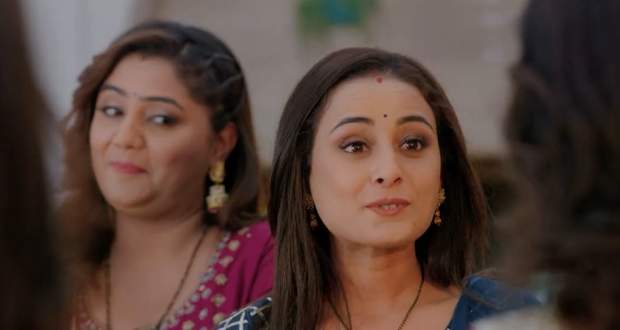 Today's Saath Nibhana Saathiya 2 (SNS2) 1 May 2021 episode starts with Anant and Radhika coming home and informing them that their meeting went successful.

Kanak praises Radhika and asks for a party while Gehna informs that Vineet is coming to take Radhika as he is very happy about the meeting's success.

Gehna goes while Radhika and Kanak form a plan.

Later, the Desai's are eating while Radhika shouts.

Anant brings her to the bedroom in his hands while Vineet also comes there.

She says that she slipped in the bathroom while Kanak tells Vineet to go as they will take of her and will come once she can walk.

Sagar looks for Gehna around the house while his ball fumbles into Radhika's room.

She kicks the ball out of her room and he leaves while Gehna goes upstairs.

He goes to apologise to Gehna but she gets angry at him and he runs away.

However, he leaves a note which Gehna reads to find out that Radhika is just faking her injury.

Gehna announces to the Desai's that Radhika is faking her injury and tells them that she won't get her injury treated by doctors.

They go to Radhika and ask her to get treated but she refuses.

Gehna calls her out but Radhika shows her injury and shocks everyone.