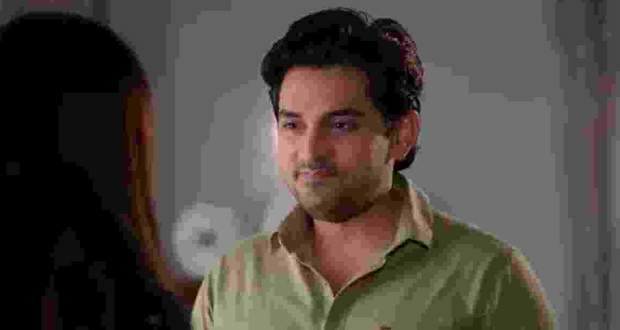 Today's Saath Nibhana Saathiya 2 20 January 2022 episode starts with Rohan getting a nick on his hand. Gehna rushes to his side.

Abhay follows Gehna and all this is being watched by Anant from his hotel room’s balcony.

At the same time, Gehna seeks permission from Abhay if she could take Rohan to the hospital so he can get a dressing on his wound.

Abhay hesitatingly allows Gehna. On the other hand, Anant climbs downstairs in a state of frenzy.

Anant does not think twice before he grabs Abhay’s collar and delivers a punch to his face. Abhay follows suit and punches Anant back.

However, Anant is not intimidated and promises Abhay that he will reveal Abhay’s ugly, manipulative behavior to Gehna.

Gehna encounters Anant beside the water pool after she has returned from the hospital. Anant tries to tell her about Abhay’s psychotic behavior.

However, Gehna remains confused and pushes Anant into the pool.

Anant still calls to her, telling her that it is Abhay who is a liar, not Anant. Abhay butts in between Anant’s and Gehna’s conversation.

Gehna does not believe in Anant, however, she remains in a ruminating phase.

Scared, Abhay leaves along with his family and Gehna, from the resort Anant’s family is staying at.

Meanwhile, Anant tells his father about Gehna’s condition and requests his family to cooperate.

Gehna eats with Abhay outside. Just then, Abhay’s university friend spots him.

Abhay tries to sidetrack the conversation.

However, Gehna takes Abhay’s side and tells Abhay’s friend that she is Abhay’s wife, Kajal.

Abhay’s friend gets confused and tells Gehna that she is not Kajal.

To further manipulate Gehna’s mind, Abhay starts putting false claims on his friend too that he’s trying to create a feud between him and Kajal (Gehna).

Abhay even dares to lay a hand on him. Abhay’s friend calls him mentally sick and leaves.