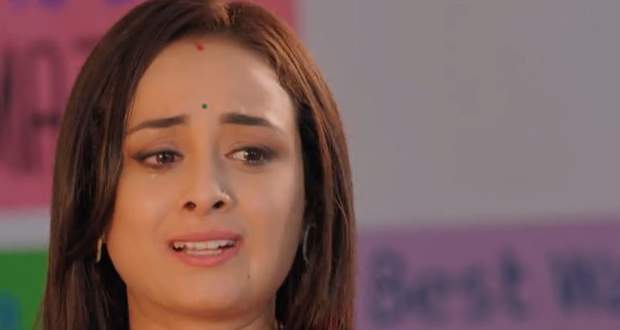 Kaka talks to her about Anant’s job in Vineet’s company.

Hema takes Gehna to talk with her. She asks Gehna to be careful. Gehna assures her that she trusts Anant.

Gehna gives a lunch box to Anant. Anant and Radhika wish Gehna for her exam.

Meanwhile, Kanak plans something against Gehna.

In the exam hall, Gehna is accused of cheating as planned by Kanak.

Bapuji gets a call about Gehna and he informs everyone. All are tensed while Anant’s mobile is unreachable.

At the office, Anant calls Gehna but couldn’t connect as planned by Radhika. Radhika plans against Anant and Gehna.

Meanwhile, other employees in the office welcome Anant and tell him about Vineet being a good man and taking care of his employees as family.

Bapuji and all others try to convince college authorities about Gehna being innocent. They inform the Police.

At the same time, Kanak instigates college authorities against Gehna. The police arrive at the college.

© Copyright tellybest.com, 2020, 2021. All Rights Reserved. Unauthorized use and/or duplication of any material from tellybest.com without written permission is strictly prohibited.
Cached Saved on: Monday 3rd of October 2022 10:39:20 PMCached Disp on: Friday 7th of October 2022 03:23:53 PM