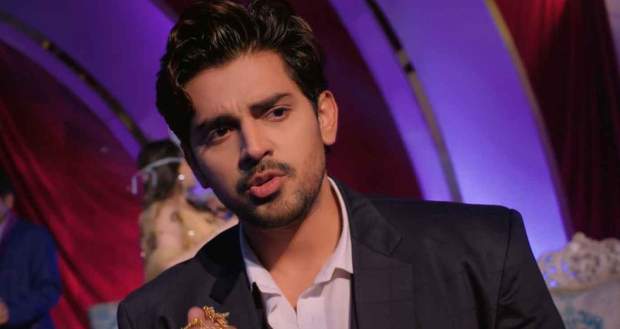 Anant’s words keep repeating themselves in Gehna's mind. Abhay takes notice of Gehna’s discomfort and tries to take care of her.

Meanwhile, Rohan and Priya feel fearful of Abhay’s presence. They want to tell the truth to Gehna but Abhay does not leave Gehna ever alone.

On the other hand, Abhay’s cunning mind fabricates yet another lie.

In the meantime, Kanak decides to leave Annat’s house as she firmly believes he has lost his mind just like Gehna has.

Anant hears this and tells Kanak that no one has lost their mind. Gehna is stuck because of someone’s manipulating behavior.

Subsequently, Abhay takes Gehna out on a dinner date. He plays romantic music in the background. But Gehna does not feel comfortable.

Rather, Gehna’s mind replays moments she has spent with Anant. She stops dancing, leaving Abhay concerned.

Gehna imagines Anant standing in front of her. Abhay returns with a pill and coaxes Gehna to swallow it.

Gehna says no and this enrages Abhay.

Upcoming Sathiya 2 episode updates: Gehna is determined to find out the truth behind Abhay's facade.