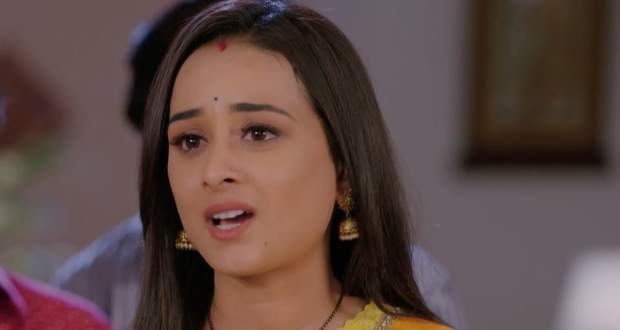 Further, everyone shouts at Radhika for Anant's situation.

Radhika threatens family members of leaking the video of her and Anant's romantic video on social media.

Later, Gehna asks that why she married Vineet.

Radhika replies that to repent Anant she married Vineet and says Vineet is madly in her love.

Meanwhile, Vineet listens to everything and he shouts at Radhika who has taken advantage of Vineet's love.

Vineet decides to divorce Radhika and leaves from there.

In anger, Radhika tries to beat Gehna while Anant obstructs her and he warns Radhika to leave the Desais house.

Radhika reveals Kanak's name who is involved in Radhika's every evil plan but Kanak cries crocodile tears to make everyone trust her.

However, Anant and Gehna get united and throw out Radhika from Desai's house.