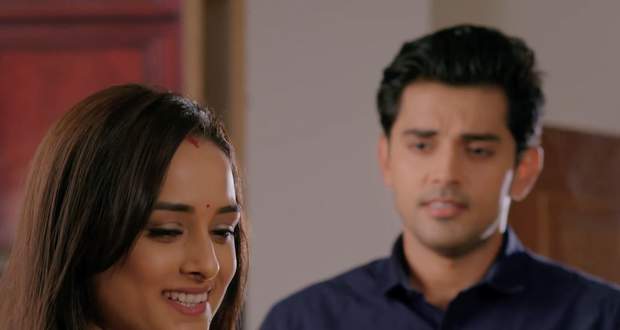 Later, in the morning, Gehna happily cooks for everyone while Anant helps her in the kitchen and they spend fun time together.

On the other hand, Radhika's plan fails which is to separate Anant and Gehna.

She calls Kanak and asks her to return her money which is given for the implementation of her plan.

Kanak refuses to give her money back.

Further, Radhika blackmails Kanak with a video in which shows Radhika giving money to Kanak.

Afterwards, Kanak asks Hema about money but Hema says that they lost that money in some investment.

By listening to this, Kanak makes a plan to get the money from Jamuna.

After some time, Kanak and Hema come to Jamuna to steal the locker keys from her while Kanak hugs Jamuna by acting emotionally.

Later, the family members spend playtime in the garden.