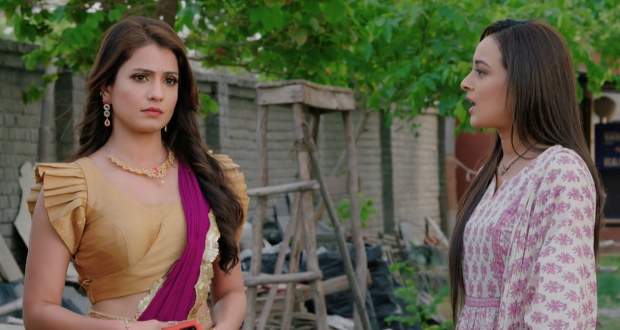 Today's Saath Nibhana Saathiya 2 (SNS 2) 25 May 2021 episode starts with the family members playing cards in the garden and having fun together.

Meanwhile, Hema drops out from the game and goes to snatch the jewelry from Jamuna's locker.

On the other hand, Praful asks Gehna to bring Jamuna's medicines but Kanak stops her and says that she will bring the medicines.

Afterward, Hema and Kanak steal the jewelry and go in a hurry to return the money to Radhika while Gehna confronts Kanak.

Gehna gets suspicious about Kanak and Hema's weird behavior.

Later, Kanak and Hema try to sell the jewelry to someone.

At the same time, Gehna catches them while selling jewelry and asks them to reveal the truth.

Kanak pretentiously admits to her crimes with Radhika to separate Gehna and Anant.

By listening to this, Gehna says that she will tell the crimes of Kanak and Hema to the family members.

Hema pleads to Gehna not to say anything about them to the family members but stubborn Gehna refuses.

Thereafter, Gehna tries to reveal Kanak and Hema's crimes to family members while Pankaj brings a letter by Kanak.

Hema and Kanak leave the home leaving the letter while everyone gets shocked.

© Copyright tellybest.com, 2020, 2021. All Rights Reserved. Unauthorized use and/or duplication of any material from tellybest.com without written permission is strictly prohibited.
Cached Saved on: Thursday 27th of January 2022 01:14:24 PM