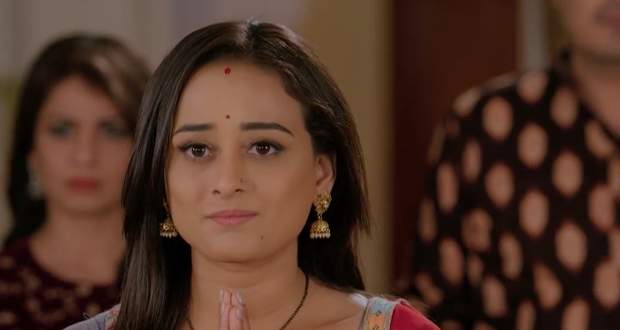 Today's Saath Nibhana Saathiya 2 (SNS2) 26 April 2021 episode starts with Kanak telling everyone that the family won't be able to live peacefully once Sagar comes there.

The doctor comes there with Sagar and looks at everyone and they all get tensed.

He scolds Hemant while Gehna offers him candy and makes him get away from Hemant.

He addresses Gehna as his mother and goes with her to eat.

Gehna leaves for her exam.

Anant wakes up and questions what happened.

Annat informs that he will work from home and Radhika says that she will have to do that as they are partners.

Radhika tries to get close to Anant and talks about love.

She goes to drink water and Sagar requests her to give food.

They both argue and Sagar threatens to chop off Radhika's hair and she runs from him.

Anant threatens to beat him while Gehna comes there and calms Sagar down.

Everyone tries to convince Gehna to let them put Sagar in Rehan centre.

Sagar comes there with the thermos jug and tells everyone what happened as a story.

Anant does not accept the story while Gehna tells everyone that she sees innocence in Sagar's eyes.