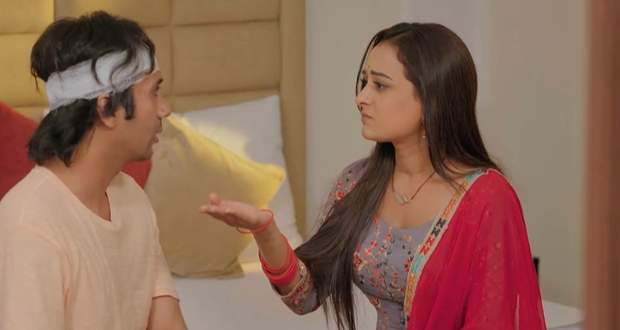 Hema sees them from the door and gets emotional while Gehna consoles her.

Radhika tells Anant that Gehna is at fault while Gehna comes there.

They criticize Sagar while Gehna tells Anant to trust her instincts.

Radhika and Gehna argue and Gehna tells her to not interfere in her family matters.

Anant tells Gehna to behave properly with Radhika while she leaves.

Radhika tries to instigate Anant but he tells her that he is worried for Gehna as she is very naive.

Kanak tells Radhika that Sagar's entry will help her get close to Anant and reveals that she has changed Sagar's medicines.

She reveals that the medicine Sagar is taking will slowly kill him and Gehna will be blamed.

Gehna checks her result and informs everyone that she has passed with first-class which makes everyone happy.

Radhika tells everyone that she will cook for the party and thinks to impress the Desai's.