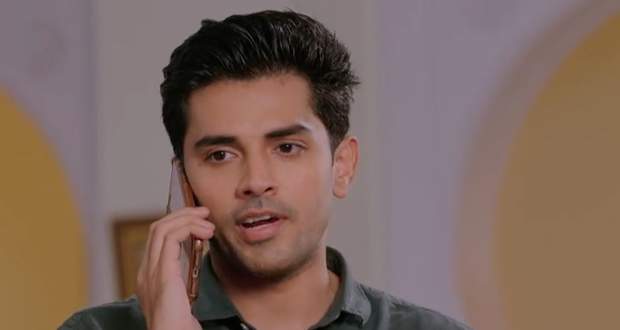 Anant informs him that he is the one on call and tells him about Radhika cooking in the kitchen.

Later, everyone starts coughing up at the dinner table due to the food's spiciness and Gehna gives them Kheer.

Radhika goes away and does the drama of getting scolded by Vineet while Anant sees her.

She hugs him but Sagar hits her and Anant sends him away.

Sahara informs Gehna about it after which she takes Radhika shopping.

However, Gehna tricks Radhika into going to her home where Radhika argues with her.

At home, Anant recalls Radhika on the call with Vineet and scolds Gehna for sending her home which hurts her.

She gives him the return gift and leaves while he sees that they are play tickets.

© Copyright tellybest.com, 2020, 2021. All Rights Reserved. Unauthorized use and/or duplication of any material from tellybest.com without written permission is strictly prohibited.
Cached Saved on: Sunday 9th of May 2021 04:27:58 AM