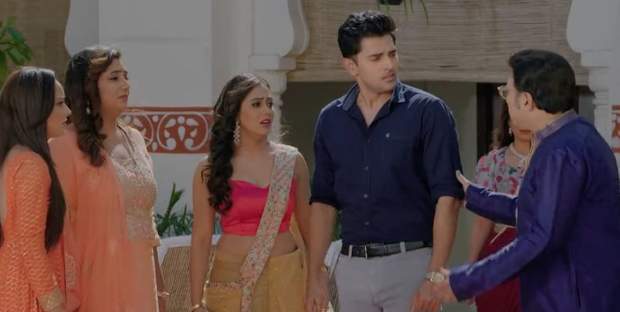 Today's Saath Nibhana Saathiya 2 (SNS2) 30 April 2021 episode starts with Anant asking Gehna if she is ready to go to the play.

Later, Sagar celebrates for Gehna and blows confetti while Anant notices it and scolds him as the paper pieces are his presentation.

Flashback shows Kanak and Radhika trapping Sagar in such a way that they are not blamed.

Radhika calls Vineet and informs him that the presentation is destroyed.

He scolds her and tells her to get the presentation ready by tomorrow.

Anant scolds Gehna and blames her which hurts her and she runs away crying.

Radhika tells Anant that she will manage everything and tells Gehna to not disturb them while closing the door.

The next morning, Radhika tells Anant that she had remade the whole presentation in the night and he hugs her in happiness which hurts Gehna.

© Copyright tellybest.com, 2020, 2021. All Rights Reserved. Unauthorized use and/or duplication of any material from tellybest.com without written permission is strictly prohibited.
Cached Saved on: Tuesday 18th of January 2022 06:19:41 AM