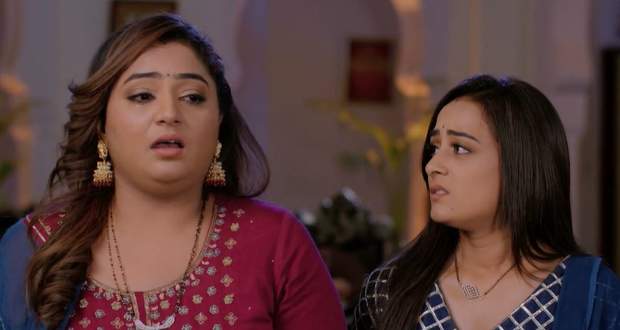 Today's Saath Nibhana Saathiya 2 (SNS 2) 4 May 2021 episode starts with Kanak getting disguised as Gehna is hitting Sagar brutally but she escapes as Gehna comes into the room.

Sagar gets scared of Gehna and runs away.

Gehna finds a sorry note written by Sagar asking for apology but she gets confused as to why did Sagar ran away seeing her.

Later, Kanak tells Radhika that she has beaten Sagar so badly that he won't ever listen to Gehna again.

Further, Gehna finds Sagar but he mistakenly places his hand over the electric wire and gets an electric shock.

Sagar gets rescued and tries to hide from Gehna. He tells everyone that Gehna hit him badly.

In between, Kanak tries to inflame Hema against Gehna.

Hema feels bad to see Sagar in a bad condition but Anant comforts her.

Tina supports Gehna as she emotionally outbreaks as Kanak accuses her of hitting Sagar but again stands strong and vows to find out the truth.