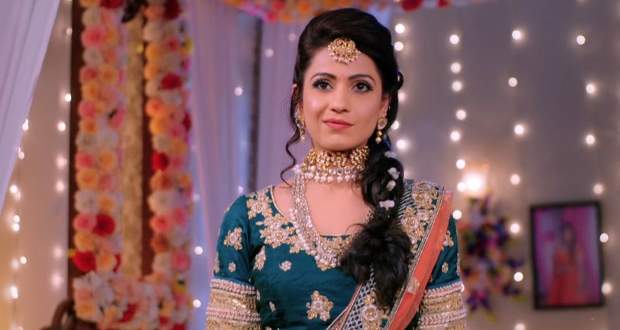 Today's Saath Nibhaana Saathiya 2 (SNS2) 12 December 2020 episode starts with Gehna being dressed for the wedding and Tia taking a selfie with her.

Bapuji comes to Gehna and they share an emotional moment.

Kanak and Hema enter the room and tell Tia to go see if Baa needs her help.

Kanak sugarcoats her words and offers Gehna to do her makeup.

She excessively puts makeup on her face and doesn't permit her to look in it the mirror.

Elsewhere, Baa welcomes Aman and tells Kanak to do his Aarti which hurts Hema as they did not choose her.

Bapuji requests Gehna's father-in-law to take care of Gehna while Kanak comments on it and says that Gehna's wedding will not happen.

Anant calls Radhika as she is late after being told by Baa-Bapuji.

Radhika informs him that her parent's flight is late and tells him to let Gehna's marriage proceed after which they will do their Chandlomatli ritual.

Suddenly, the lights turn off in the house while Sampan says that he'll go look at the problem.

Sagar enters Gehna's room and locks the door which makes her feel scared.

Gehna keeps asking who is there but doesn't get a response.

Upcoming Saath Nibhaana Saathiya 2 episode update: Gehna to be late at her wedding.