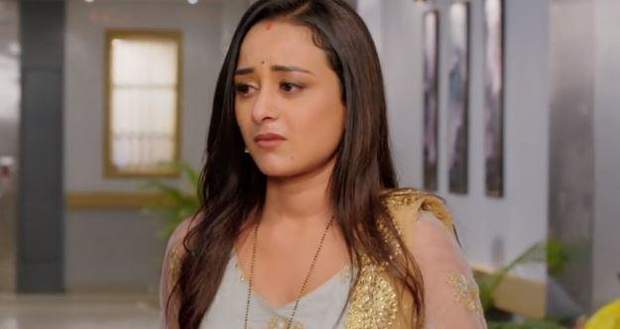 The game starts while Praful is the first one to lose. Slowly the family members keep on losing while Gehna accidentally sits on Anant’s lap.

They both recall their conversation about Gehna’s love confession and get awkward. The game continues while Kanak fears Sagar’s actions.

Sagar’s plan is successful as Jamna and Praful fall sick because of the poison in the food. Everyone is confused while Tiya and Sapan Kumar are the next ones to fall sick.

Piyush and Saachi also fall sick while Kanak and Hema get worried for them. Tanu also falls sick in the washroom and Gehna finds her.

Everyone is taken to the hospital while Kanak asks Sagar about what he added to the food. Kanak gets shocked to learn that Sagar added poisonous leaves to the food.

The doctors tell everyone that Jamna, Praful, and others have consumed poison. Jamna blames Gehna for making the poisonous food.

She pushes Gehna while Anant saves her and gets himself injured. Kanak also blames Gehna while the nurse asks everyone to stay quiet and gives a phone to Gehna.

Hema and Kanak ask Sagar to leave before someone recognizes him. Gehna finds a clip of Sagar adding something to the food.

Gehna follows the helper aka Sagar while Anant also rushes to catch him. Anant hits Sagar and gets shocked when he recognizes him.