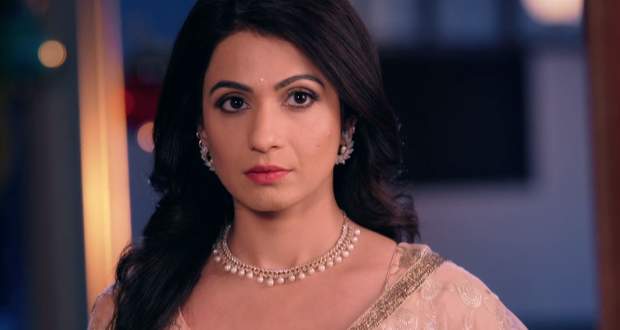 Today's Saath Nibhaana Saathiya 2 (SNS2) 16 Nov episode starts with Guruji asking Jamna to take care of Akhand Jyot. He asks her to make sure the Akhand Jyot doesn’t blow away.

Kanak wishes to take care of the Akhand Jyot and assures Guruji she will perform the duty properly. Everyone leaves while Hema wants to be included in the plan.

Kanak decides to execute the plan alone. Later, Gopi tells Gehna the description of her Lehenga and she draws it on the paper.

Gopi gets really happy to see the sketch of the Lehenga. Meanwhile, Kokila shares her pain and suggests Ahem is alive because of Gehna.

She wants Anant to forgive Gehna as she went to get the Kamandal. Gopi asks Gehna why she will be awake for the Akhand Jyot while Gehna makes excuses.

Gopi asks Kokila if she can go to the outhouse as a man while Kokila allows it. Kanak witnesses this and get curious about their actions.

Kanak comes there and wants to know about Gopi’s husband. Kokila gives a set answer to Kanak while Kanak asks for her blessings.

Kanak wants to know about the Lehenga that Gehna is making and offers to give her Lehenga. Kanak is not able to get the truth out of them.

Kanak confronts Hetal and tries to learn something from her about Ahem. She does emotional drama and learns everything about Ahem.

Hetal shows her the photograph of Ahem and learns that Jaggi looks just like Ahem. Later, Gopi dresses as a man and goes to meet Ahem.

She says that she is going and is starting with a new life. Ahem says that he will miss him.