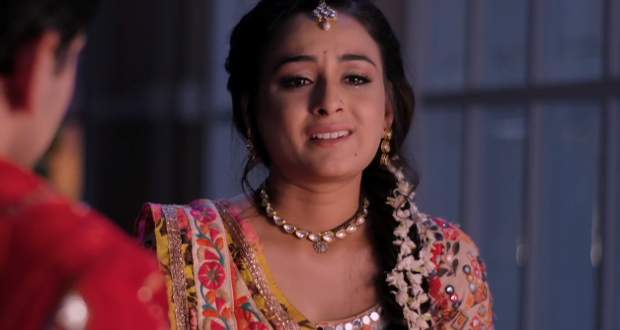 Today's Saath Nibhaana Saathiya 2 (SNS2) 23 November 2020 episode starts with Gopi revealing that Jaggi is her husband. She further says Jaggi is the one who supported her and their family.

Kokila says they have faced lot of difficulties and will soon get a solution to their problem. She further says they will soon leave for Rajkot.

Jaggi says he will arrange a taxi while Gehna gets emotional. She asks her Gopi Kaka to take care of himself and Ahem says he will always be there.

Hiral tries to take money from Jamna but Kanak interrupts them. She further wishes to pay the caters bill and Jamna says she will get the approximate amount.

Kanak is happy that Kokila and Gopi are leaving. Later, Gehna wonders in front of Anant that if she will ever become like Gopi.

Hiral gets a call from someone and assures she will give their money back. She tries to get money from Anant but her husband interrupts her.

© Copyright tellybest.com, 2020, 2021. All Rights Reserved. Unauthorized use and/or duplication of any material from tellybest.com without written permission is strictly prohibited.
Cached Saved on: Sunday 17th of January 2021 04:51:27 AM