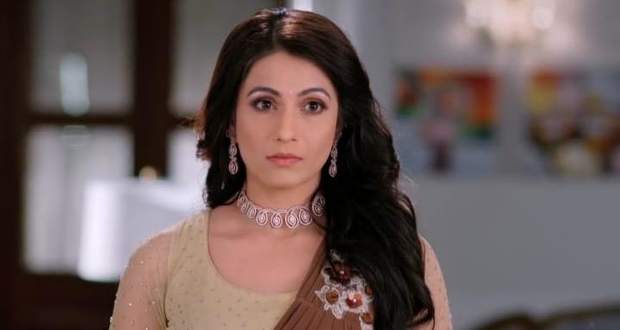 Anant warns them to leave if they do not want an alliance with Gehna.

The boys family leaves and Gehna apologizes to Baa Bapuji for having bear such insults because of her.

Anant says that it is his fault as he did not do a background check on the family while Radhika and Tia console Gehna.

Kanak says Baa-Bapuji that they should find an alliance offline after verification and suggests that she has a perfect match for Gehna.

She informs about his aunt's son, Ujwal Parekh who studies abroad.

Hema and Hiraj get worried while Kanak tells them of her plan that Gehna will stay with his mother in law who is in a village.

Anant goes to talk to Gehna and tells her to not worry about what happened today. Next day, Kanak invites her aunt and Ujwal, while both of them are asked some questions about Ujwal's career.

Kanak's aunt starts taunting Gehna on whether she can speak or not.

Afterwards, she rudely says that she had prepared tea for her daughter's mother in law when they came to see her for the marriage. Baa goes to prepare tea for Kanak's aunt and leaves from there.

Aunt again taunts Gehna saying if she has any walking disability and asks her to show her if she can walk.

Further, Aunt insults Radhika and Kanak warns to speak about Gehna and not others.

© Copyright tellybest.com, 2020, 2021. All Rights Reserved. Unauthorized use and/or duplication of any material from tellybest.com without written permission is strictly prohibited.
Cached Saved on: Thursday 28th of January 2021 03:06:39 PM