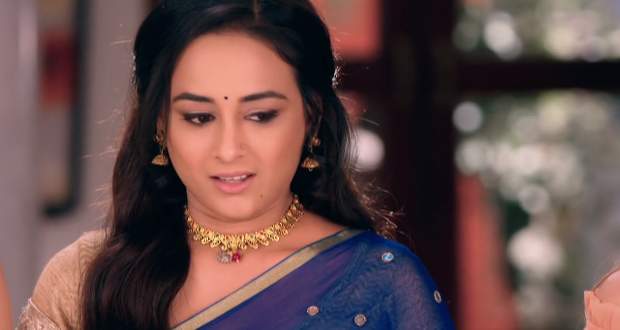 Today's Saath Nibhaana Saathiya 2 (SNS2) 5 December 2020 episode starts with Gehna and Radhika discussing the groom who will come to see Gehna. Radhika wants Gehna to teach her how to drape a saree.

She asks her to wear her saree and teach her. Gehna wears the saree while Radhika goes out to attend a phone call.

Gehna is standing by the window when Anant enters and thinks it is Radhika. He gets close to her and gets shocked to see Gehna.

Gehna is asked to question the groom while she is ok with Baa and Bapuji’s decision. The groom’s mother reveals that they need to get the wedding done in two days.

Aman says that he has to move to Nanital and Gehna has to come along. Anant is not sure about the marriage and is waiting for the information.

Radhika consoles him and later he also receives the report of Aman from Rajasthan. Anant checks the report and agrees to get Gehna married in two days.

Kanak is really excited and even feeds sweets to everyone. Gehna gets emotional about leaving the house while Anant consoles her.

Later, Gehna gets emotional and notes down the things she does to take care of others. Gehna thinks that Anant will take care of Jamna and Praful in her absence.

Sagar wishes to help with Gehna’s wedding while Anant doesn’t let him help.