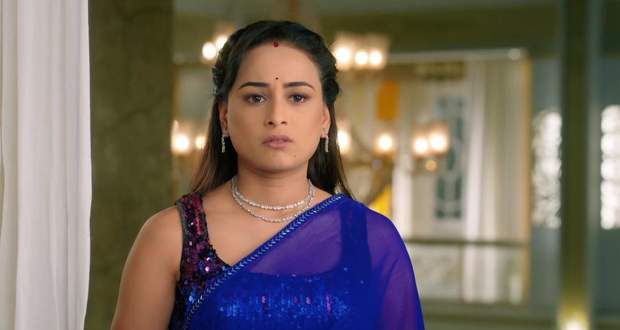 Today's Saath Nibhana Saathiya 2 10th May 2022 episode starts with Surya being impressed by Gehna's ride and they eventually leave from there.

They stop at the roadside shop and he asks her what was special the next day.

He reminds her that it's their four-month anniversary and they should celebrate it.

He tells her that so much time is wasted just hating her, and he doesn't want to waste more time doing that

The next morning, Suhani notices the decorations and asks Surya about it.

She also reminds him of the fact that he married Gehna for revenge.

Surya replies, saying that Gehna was right from the start, and he is going to rectify his own mistakes now by giving her what she deserves.

Suhani asks him if he thinks that Sikander poisoned him but he responds by saying that Gehna didn't poison him. She receives Gehna and Shreya's picture and her doubts get cleared.

Gehna asks Suhani about the household chores, which irritates the latter. She relieves her, saying Surya asked her to get the latter's permission before anything.

Later that day, Gehna goes to the municipal corporation to get Surya's birth certificate and learns that it will take at least 2 weeks to come.

Surya sees Gehna and asks Suhani, what must Gehna be doing here. They search for Gehna, and Suhani burns a newspaper and the fire alarm starts to ring.

Gehna saves one kid and Surya asks whether she is fine.

Suhani asks Gehna what was she doing there as she should be in the house for the party.

Officer thanks Gehna and tells her that he will give the document to her now.

When Suhani asks the officer what document Gehna wants, Gehna tries to cover up and says that her birth certificate is missing, so she wants a new one.