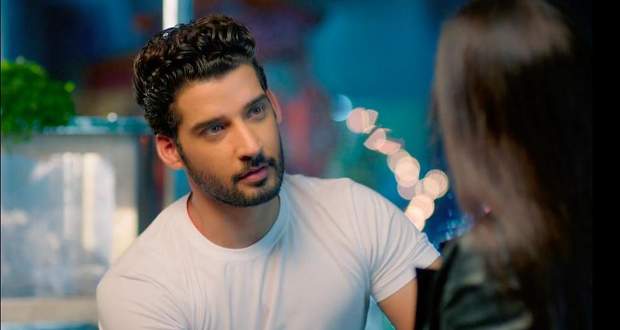 Today's Saath Nibhana Saathiya 2 12th May 2022 episode starts with Surya and Gehna walking downstairs together to the party.

Only Dimpy and Rajesh’s faces light up seeing Gehna and Surya together while Suhani and Sarika glare at Gehna.

As the lovely couple receives the gifts brought by the guests, Suhani secretly instructs one of the waiters to kidnap Gehna.

Gehna gets scared when she is unable to find the blue paper she kept in her clothes.

Sarika is jealous of the red designer saree worn by Gehna and wants it herself.

However, Gehna’s focus is on the blue paper that lies on the floor rather than Sarika’s greed for wanting Gehna’s clothes.

Gehna struggles to get the blue paper from Sarika’s hands as she lectures Sarika about privacy.

On the other hand, Surya teases Dimpy and asks her whether she has seen Gehna or not.

Gehna appears a second later behind Surya, shocking him.

Just then, Gehna gets Urmila’s call and has to excuse herself hurriedly to talk to her.

A suspecting Suhani follows Gehna out of the house as she talks with Urmila in secrecy.

Gehna is determined to make Surya meet Urmila and brings her to the party.

Urmila smiles when she sees Surya chat with other guests and feels happy to see the bonding between Gehna and Surya.

Leaving Urmila at the back of the hall, Gehna beckons Surya to come close to her rather than talk with the guests aimlessly.

Obliging his wife, he teases her about gaining calories as he eats a sweet.

Surya later makes a request for both Suhani and Gehna to perform together for his happiness.

All the color from Suhani’s face fades away while Gehna agrees self-assuredly.