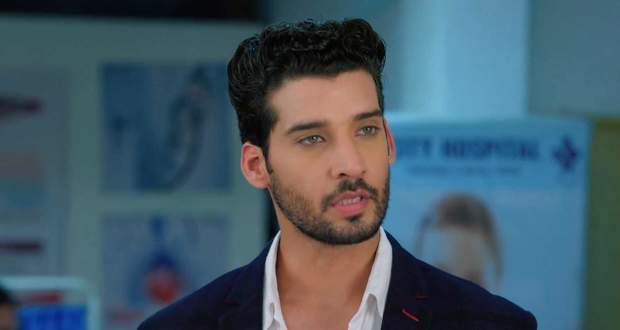 Today's Saath Nibhana Saathiya 2 19th April 2022 episode starts with Surya bringing Suhani home and she tells him that Sikandar is facing a lot of torture in the prison and that they must rescue him soon.

Suhani tells Surya that they must execute their plan quickly and blackmail Gehna to release Sikandar.

Here, Gehna goes to Paresh and asks him to bring some clothes and makeup.

Looking at Gehna's wound Paresh is scared and Gehna tells him everything from the beginning.

On the other hand, Surya confronts the goons that hurt Suhani and they tell him that Sikandar is the biggest drug smuggler in the Mumbai-Gujarat port.

Shaken at the sudden revelation, Surya finds it hard to come to terms with what the goons have said.

Surya manages to go home and confronts Suhani straight up.

Shocked at what Surya has to say, Suhani is left speechless.

Surya takes Suhani's hand and puts it on his head and pleads with Suhani to tell him the truth.

Unable to answer Surya's questions, Suhani drags Surya across the room and throws him out.

Surya is left to believe that Gehan was right and Sikandar was wrong.

The next morning, Gehna meets her parents and is alarmed at Praful's deteriorating health.

Jamuna and Praful still believe that Gehna is pregnant and explain to her that arguments and disappointment are part of relationships.

In the Seth house, Surya is woken up to loud chants and he finds everyone dressed in white and praying for Suhani's Shradh.

Surya is shaken to his core at this sight and walks up to Suhani for a sane explanation.

Suhani tells him that because Surya doesn't believe her anymore there is no point in being alive.

Furthermore, Suhani emotionally blackmails Surya to which he kneels and apologizes, requesting Suhani to never repeat such a thing ever again.

On the other hand, Hema decides to reveal the truth regarding Gehna's fake pregnancy and pushes Gehna down the stairs.