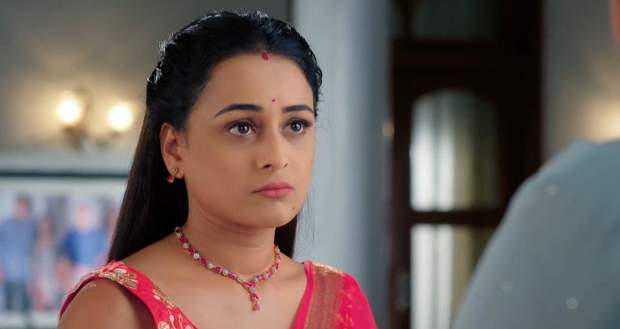 Frustrated, Gehna breaks a window and warns Surya to open the gate or else the result will be something he never imagined.

Looking Surya dead in the eye, Gehna lifts her hand and is about to slap him in the face but Surya catches her hand in time.

Gehna grabs Surya by his collar and asks what he wants.

Suhani is impressed at Gehna's gullibility and Surya tells Gehna to apologize to Suhani for all the trouble she has caused.

Being reminded of Praful, Gehna does as directed. Kneeling to Suhani's feet Gehna begs for forgiveness.

Thinking that everything is over Gehna tells Surya to return the money but Gehna couldn't be more mistaken.

Surya tells her that Gehna will have to confess to the police that she is the murderer of Anant Desai and that Sikandar is innocent.

With a loud ringing in her ears, Gehna is reminded of every single memory she spent with Anant.

Surya's eyes know the truth, so he puts sunglasses on them.

The guards are told to escort Gehna out, while Surya pushes back his tears.

Happily rocking in her chair and waiting for Sikhandar's release, Suhani is beside herself.

Later, Gehna is reading up on law books and trying to find a loophole to get Sikandar out.

Not being able to see the trouble that Gehna is in, Praful tells her that he will take the blame and go to prison instead of her.

Gehna tells him she will do everything in her power to save Praful and her family.

Storming into the police station, Gehna confesses that she killed Anant.

When the officer doesn't believe her, Gehna keeps shouting and draws the gun of another officer to his head.

Cooling her down, the officer listens to everything Gehna has to say and arrests her.

The next day, Gehna is being taken to court, Gehna spots Surya lurking in the back.