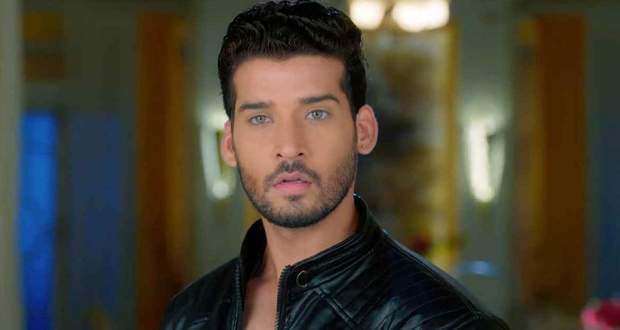 Today's Saath Nibhana Saathiya 2 25th May 2022 episode starts with Gehna inspecting an unconscious Suhani lying on the floor as Shreya tells Gehna to stop her dialogue-baazi before anyone catches them.

When Suhani wakes up, she doesn’t speak as Rajesh playfully tells Surya to do namaste so Suhani recognizes him as her son.

Rajesh and Dimpy try to make-believe Surya that Suhani is indeed getting troubled by a ghostly presence in their house and only a shaman can help them.

Surya agrees to Dimpy’s suggestion even though he does not believe in ghosts.

When everyone leaves and Suhani tries to sleep, Gehna starts the tape recorder again near Suhani’s room.

Urmila’s threatening voice is heard by Suhani again as she covers her head, afraid.

The next morning, Gehna meets Urmila at a Durga temple and tells her to come to the house.

Urmila blesses Gehna with a happy marital life with Surya before Gehna leaves.

Suhani glares at Sarika before she enters her bathroom to shower.

However, another scary surprise awaits Suhani as 'I’m right here with you' is written on Suhani’s mirror with a dark red colour by Gehna as she hides behind the shower curtain.

Suhani yells Sarika’s name as she runs out of the bathroom like a scaredy-cat.

Gehna quickly erases the red colour from the mirror as Sarika comes in to check what is written.

Meanwhile, as Gehna tries to escape, her saree gets stuck in the window but she manages to escape just in time before Sarika can catch her.

However, Surya questions Gehna when he sees her come down from Suhani's window.

Gehna lies that she went to the terrace to dry off her 'ladies clothing'.

Surya later asks Gehna whether she is hurt or not to which Gehna's eyes get filled with tears as she points toward her heart hurting.

A flustered Surya leaves, forgetting the divorce papers that he has already signed without Gehna's knowing.

© Copyright tellybest.com, 2020, 2021. All Rights Reserved. Unauthorized use and/or duplication of any material from tellybest.com without written permission is strictly prohibited.
Cached Saved on: Friday 30th of September 2022 06:37:58 PMCached Disp on: Saturday 1st of October 2022 06:02:04 PM