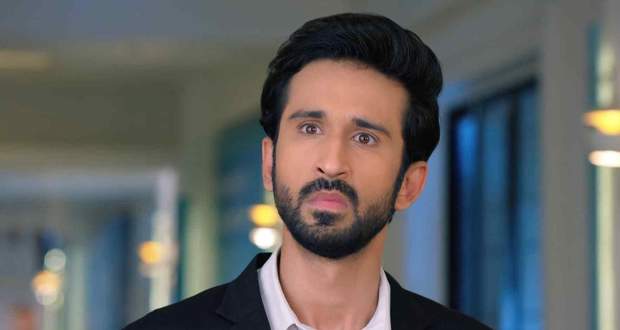 Desperate to find a way, Gehna pleads with Lord Krishna to help her.

Coincidently, Gehna meets a boy named Krishna and asks him to fetch the injection for her.

Nearly hitting Gehna, a taxi driver requests her to sit in the taxi and that he will drop her off.

Gehna reaches Surya in time and injects the injection.

Praful encourages Gehna to do the right thing and save her love.

Sitting beside Surya, Gehna holds his hand with tears in her eyes as she slowly sees life nearly slipping away from Surya's grasp.

Here, Sikandar catches hold of the taxi driver who dropped Gehna and tortures the driver into telling him Gehna's location.

Gehna suddenly hears Sikandar's voice on their doorstep calling out for her.

Praful and Jamuna try to help Gehna but she locks them in with Surya.

Gehna faces Sikandar and looks him dead in the eye and tells him that he will never be able to harm Surya till Gehna is alive.

Trying to strike a conversation and delay the inevitable, Gehna asks Sikandar why he killed Anant and is now behind Surya.

Sikandar reveals to Gehna that Anant was a threat to his business and so is Surya.

Gehna falls to the ground and calls out for Surya in pain.

Sikandar's victory was of mere seconds as the police gathers around and takes Sikandar under custody for Anant's murder based on the confession that Sikandar had just given.

Before leaving, Sikandar warns Gehna that the consequences will be terrible.

Just then, Surya screams her name in his sleep and opens his eyes.