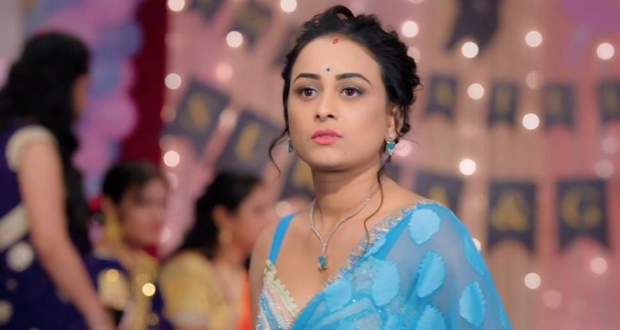 The doctor suggests a kidney transplant and that too, soon.

Surya refuses to take a kidney from Gehna while Gehna traps Suhani into giving her kidney to Surya however, Suhani gets scared but plays along.

After a while, Suhani informs everyone about hiring a nurse to take better care of Surya.

At night, Gehna, Dada and Dadi work together to scare the nurse into leaving.

After the nurse's departure, Dadi gets worried about Surya and offers to look after him.

However, Surya tells Dadi not to discomfort herself and that Gehna will look after him as it is her job.

After some time, seeing Gehna sleeping uncomfortably, Surya goes to cover her with a shawl but Gehna stops him and questions his caring.

Surya tries to hide behind an excuse of headache, but Gehna sees right through him.

While applying balm over Surya’s head, Gehna reminisces about past days when they were together.

Afterwards, Gehna asks Surya to question his judgement about her, whether he really believe her to be the culprit.

The next morning, Gehna takes away Suhani’s breakfast and offers her healthy options in the form of gourd juice and gourd chilla, which Suhani eats diligently.

Seeing Suhani unfettered, Gehna gets confused and thinks of doing something wrong.

On the same day, Suhani and Surya are taken to the hospital where Suhani acts as a devoted mother telling Surya that she will do everything in her power to save him.

Suspecting Suhani of having an inkling about her plan, Gehna decides to go and stop the operation.

© Copyright tellybest.com, 2020, 2021. All Rights Reserved. Unauthorized use and/or duplication of any material from tellybest.com without written permission is strictly prohibited.
Cached Saved on: Saturday 28th of May 2022 07:39:38 PM