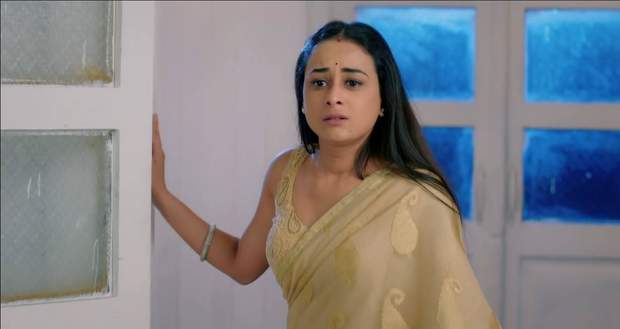 Today's Saath Nibhana Saathiya 2 2nd May 2022 episode starts with Gehna having a conversation with Jamuna about Suhani.

Gehna feels that Suhani is not the real mother of Surya and asks Baa how can a mother do what Suhani has done to Surya.

Baa tells Gehna that it is only possible if the mother feels no love for her son.

Gehna gets struck by the idea of conducting a DNA test.

Jamuna enquires what a DNA test is when suddenly both of them feel there is someone watching them through the window.

Gehna comes out to check if there is someone keeping an eye on them but she finds no one.

Baa is impressed by Gehna’s idea and encourages her to do it for Surya.

His eyes open and he tells Gehna to sit close to him.

Surya apologizes profusely for treating Gehna so poorly yet she stands firm in her love for him.

Surya still cannot believe that Sikander had the heart to give poison to him.

Surya asks Gehna for a promise and tells her not to question Suhani’s love for Surya.

On the other hand, Suhani is getting prepped by parlor ladies in the house.

She dismisses the staff as soon as a parcel comes.

Sarika asks what is in the parcel.

Suhani tells Sarika that it is the same poison Sikander gave to Surya and Suhani aims to get Gehna’s fingerprint on it now.

Sarika gets shocked as Gehna steps into the house.

Gehna informs both of them that she heard their conversation.

Sarika and Suhani soon leave to meet Surya at the hospital after glaring at Gehna.

Utilizing her chance, Gehna collects Sarika’s and Suhani’s hair for the DNA test.

Meanwhile, a female hand laden with a gold bracelet grazes over Surya’s face.

Surya’s eyes open up but there is no one in the sight.

© Copyright tellybest.com, 2020, 2021. All Rights Reserved. Unauthorized use and/or duplication of any material from tellybest.com without written permission is strictly prohibited.
Cached Saved on: Sunday 2nd of October 2022 04:59:43 AM