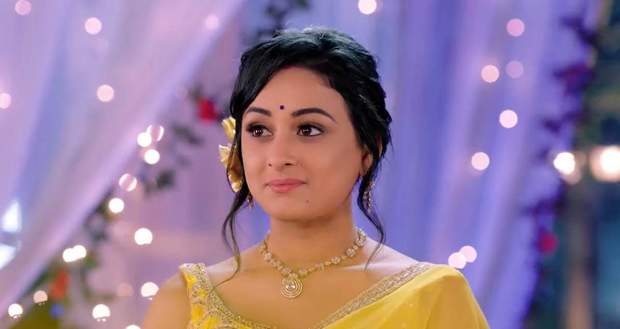 Suhani makes Surya believe that it is Gehna who ordered all the sarees when in reality it is Suhani and Kanak who did this feat.

Surya throws all the belongings of Gehna on the floor and orders her to shift to the servant quarter as soon as possible.

Gehna’s heart breaks seeing the treatment meted out to her by Surya.

To trouble her more, Kanak and Suhani, tell Gehna that she won’t be able to make Surya hers as long as Suhani lives.

Kanak is dreaming of a car and a gold jewel when Suhani snaps Kanak out of her daydream and lets her know she will get all of these only when Sikander comes out of jail.

Later in the day, Gehna searches Surya's room. Surya catches Gehna and asks her what she's doing in her room.

Gehna doesn't answer and hides something behind her back.

Surya forcefully takes it away from Gehna and it turns out to be Sindoor that splatters all over Gehna's face.

Later, Gehna is in the kitchen and is adamant about not cooking.

Suhani tells Surya to apologise. Surya very hesitantly apologises to Gehna leaving her satisfied in a fit of laughter along with Dimpy.

The next day with Dimpy's help, Gehna hatches a plan and an ascetic comes into the house.

He tells Gehna that she soon will be pregnant, alerting both Suhani and Kanak.

Suhani doesn't believe the ascetic. However, Gehna acts pregnant in front of all of them, puking and feeling nauseous. Surya gets to know this and feels apprehensive and confused.