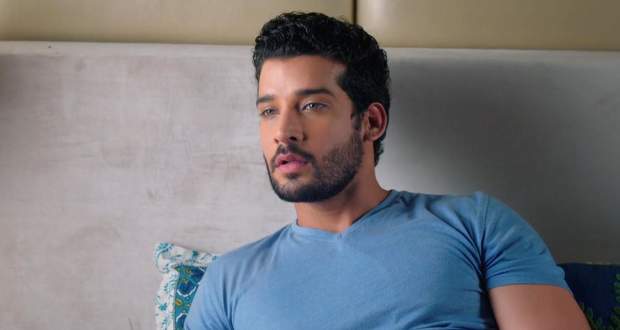 Suhani emotionally blackmails Sarika and Shreya and tells them to destroy Gehna.

Filled with anger, all three of them decide to find proof against Gehna and prevent her from escaping the hands of the law ever again.

In the police station, the officer interrogates Gehna and she makes some valid counterpoints to prove her innocence.

Suhani steps in and tells the officer that she wants to lodge an FIR against Gehna for trying to poison and murder Surya.

Gehna is arrested but gets bail soon enough.

Thinking that the person who helped her is Surya, Gehna runs out to find only Shreya lurking in the shadows.

On the other hand, Surya frantically tries to contact people to find a lawyer and save Gehna but to no avail.

Crying and panting Shreya reveals that it was her.

Furious at hearing Shreya, Gehna asks for an explanation of such an act.

Shreya confesses to Gehna that Sikandar threatened to take Kartik away from her if Shreya refused to poison Surya.

Sympathetic towards the crying Shreya, Gehna ensures that she did nothing wrong and comforts her.

Later, Suhani is woken up by a nightmare involving Gehna and she waters the family up.

Just then, Gehna enters the Seth house and is met with mixed emotions from the family.

Surya is happy to see Gehna back home safe and sound and they both hug one another.

As Gehna washes the Prison smell off her, Surya sets up a beautiful candle and flower set up for her.

Handing Gehna the flowers, Surya drowns in her eyes and basks in her fresh scent.

Pulling Gehna close so that his lips almost touch her cheeks, Surya breathes in the same air as his beloved wife.