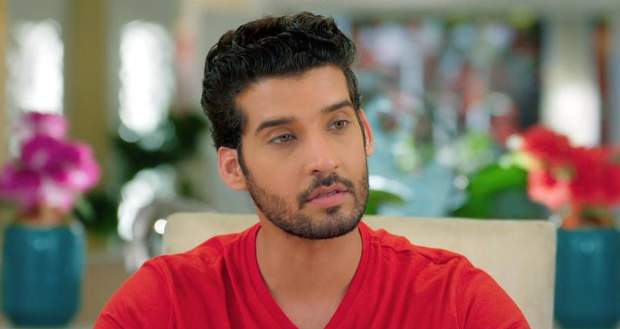 Today's Saath Nibhana Saathiya 2 9th May 2022 episode starts with Gehna and Surya’s real mother running to escape from the Suhani's goons but gets surrounded by them.

Later, Surya’s mother gets cornered and calls for help but falls downhill while moving backwards.

The goons assume her to be dead and leave her in search of Gehna.

Afterwards, Gehna comes looking for her and helps Surya’s mother to climb up.

Surya’s mother recalls the past when Suhani attempted to kill her, after knowing about her relationship with her husband and having a son out of it.

She also tells Gehna that she was saved by some kind man who provided her with timely medical care.

Telling her about seeing Surya in Suhani’s care, two years after her return, Surya’s mother couldn't bring herself to take his happiness away and left him there but is back to save Surya.

Gehna is moved by Surya’s mother's story but tells her that Surya will never believe her.

Surya's mother tells her that with the right evidence Surya will have no choice but to believe her.

Knowing about Suhani’s and Surya’s DNA report, Surya's mother is assured that with Surya’s grandfather's testimony Surya will definitely believe her.

Gehna is shocked to know that Dada knew of Surya’s mother's truth.

Meanwhile, Surya is trying Gehna’s number and is worrying about her while Suhani accuses Gehna of being irresponsible.

Surya wants to complain to the police while Suhani tries to stop her from avoiding being caught.

Just then Gehna arrives at home and Surya sighs with relief seeing her.

Suhani wants to know about Gehna’s whereabouts while Dada and Dadi come to her rescue.

In the flashback, Dada recalls Gehna approaching her with Urmila's truth.

Coming back to the present, Surya instructs Gehna to always tell them about her whereabouts in future.

Suhani wants to know the detail of the suspicious note but Gehna’s enquiry in return quietens Suhani.