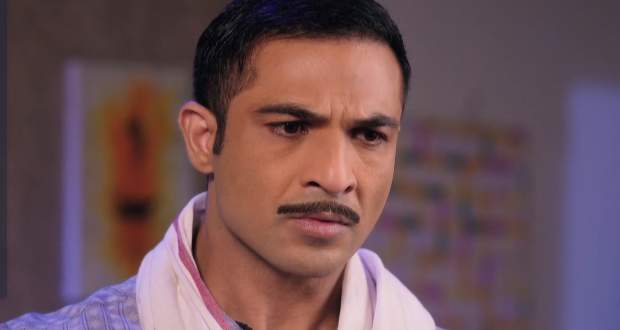 Today's Saath Nibhaana Saathiya 2 (SNS2) 21 Oct episode starts with Kokila asks Gopi who ate the cake. Gopi lies that the cake was eaten by Gehna. Gehna supports Gopi while Ahem is hiding in the house.

Later, Praful and Jamna give gifts to Kokila and her family. Kokila asks Praful’s sons to take care of everything now but points out that Anant will be handling the finances.

Kokila asks Gehna to come to sit with them while Kanak asks her indirectly to work for her. Later, they all gather to choose jewelry while Kanak and Hema demand necklaces for themselves.

Kokila asks them to keep the jewelry safe and return to their mother-in-law. Gehna comes there while Jamna asks her to wear her favorite earrings. Gehna denies as she is scared of Kanak and Hema’s outrage.

Kokila says Gopi was also shy like Gehna when she was young. Gehna is not ready to take the earrings while Kokila asks Gehna to not worry and not get scared of her weakness.

Kokila taunts Kanak and gives her earrings from her purse. Kanak decides to show Gehna her place and asks Hema to steal the earrings from Gehna given by Kokila to her.

Gopi Kaka aka Ahem asks her to stay quiet and doesn’t want anyone else to come in the outhouse. He wonders who is Gopi Behen Gehna was talking about.

Upcoming Saath Nibhaana Saathiya 2 episode update: Gehna gets ready for the Jalsa while Kanak plans against her.

© Copyright tellybest.com, 2018, 2019, 2020. All Rights Reserved. Unauthorized use and/or duplication of this material without written permission from tellybest.com is strictly prohibited.
Cached Saved on: Sunday 29th of November 2020 10:43:50 AM