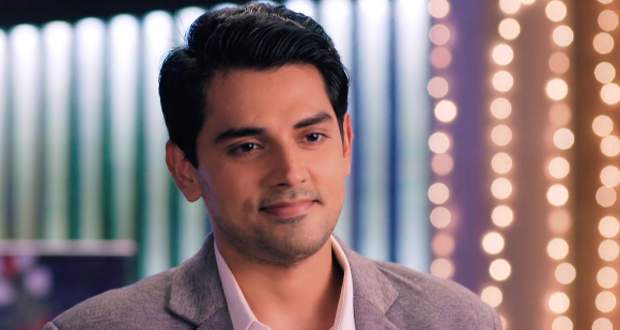 Today's Saath Nibhaana Saathiya 2 (SNS2) 27 Oct episode starts with Kanak approaching the cake but is interrupted by Jamna. Kanak is not able to get the earrings from the cake as it gets distributed.

Kanak wonders who got the cake while Hema suggests the earrings will get stuck in someone’s throat. Urmila starts coughing and Kanak thinks she got earrings.

However, it turns out to be just a seed. Later, some employ gives Praful a Ganesh idol while Praful gives it to Gehna to keep it in the car.

Anant asks Praful about Gehna while Praful reveals that he went to stay in a small village. Gehna’s father had a guest house where Praful used to stay.

After some time, Praful was attacked due to some reason while Gehna’s father came in between and died. That’s why Praful brought Gehna and Gopi Kaka home.

Anant brings cake for Gehna while Gehna feels guilty for losing the earrings. Gehna prays to Ganesh idol and later finds the earrings in the cake.

Kanak and Hema want to know the check amount from Praful while Anant suggests they should talk about it at home.

Kanak finds Gehna happy and learns that she has found the earrings. Kanak says she kept the earrings in the cake to save Gehna’s reputation.

Kokila asks Gehna to be responsible later on and feels proud that Gehna is innocent. Kokila asks Praful and Jamna to give some money to Gehna as well from the check.

Everyone reaches home while Kanak asks Gehna to open her sandal covered in mud. Kokila witnesses the scene and questions Kanak about it.

© Copyright tellybest.com, 2018, 2019, 2020. All Rights Reserved. Unauthorized use and/or duplication of this material without written permission from tellybest.com is strictly prohibited.
Cached Saved on: Thursday 26th of November 2020 09:57:27 AM