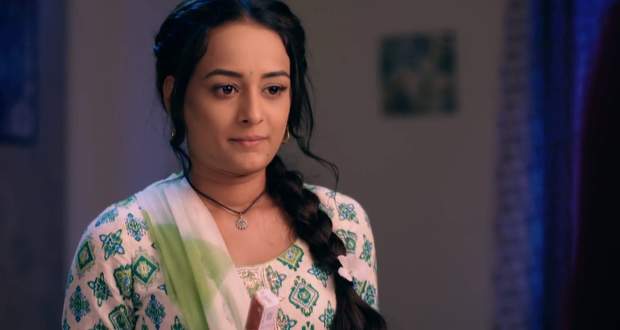 Hema doesn’t even let her put out the fire. Meanwhile, Gopi gets an idea of dressing up as a man to get close to Ahem.

Praful asks Kokila to come along to Rajgarh for two days and she asks Gopi to prepare. Gopi decides to tell Kokila about Ahem.

Gehna tries to put out the fire using her hands while Anant comes at the same time. Hema lies to Anant and says Gehna was burning her mother’s belongings.

Anant uses a blanket to put out the fire and also checks for wounds on Gehna’s hands. Kanak asks Anant to fear society while he doesn’t care about anyone’s opinion.

Kanak later threatens to burn Chetan’s checkbook while they all wish to find the amount of the cheque.

Sagar pays a visit to the outhouse to seek revenge while Anant is present there. Anant gives her ointment and helps her.

Gopi tells Kokila that she saw Ahem while Kokila wishes to meet her son. She makes her meet him while Ahem hits her with a wooden stick.

He asks Gopi to leave and never return while it all turns out to be a dream. She decides not to tell Kokila as she won’t be able to tolerate his rude behavior.

The Navratri Pooja begins and everyone prays in front of the goddess. The cheque blows away due to wind and lands in Gehna’s hands.

Everyone gets shocked to learn that the amount of check is one crore. Kokila asks Gopi to stay as Jamna’s family might not be able to take care of so many people.

Upcoming Saath Nibhaana Saathiya 2 episode update: Anant takes a stand for Gehna and questions his mother about the indifferent behavior.

© Copyright tellybest.com, 2018, 2019, 2020. All Rights Reserved. Unauthorized use and/or duplication of this material without written permission from tellybest.com is strictly prohibited.
Cached Saved on: Tuesday 1st of December 2020 12:51:34 AM