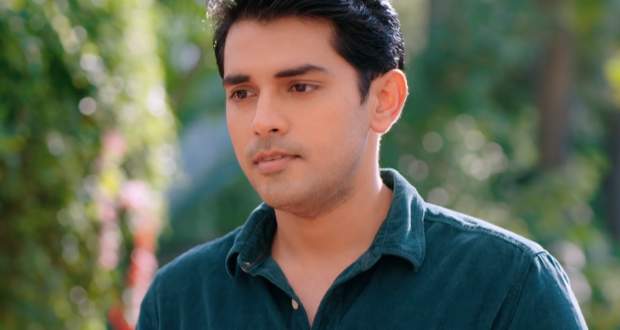 Anant asks Gehna to sit with them and eat while Kanak asks her to bring her plate. Meanwhile, Ahem asks Gopi to change but she wishes to change in the bathroom.

Ahem realizes that Gopi already knows the way to the bathroom. Later, Kanak adds Dal and rice to Gehna’s old plate while Anant gets upset with this.

He points out that how can Gehna eat on such a plate while Gehna covers up by saying she has an emotional connection with the plate.

Gopi feels bad for ditching Jaggi and calls him to tell the truth. However, she is not able to tell him as he is extremely busy.

Ahem thinks Gopi is talking to some girl and asks who is troubling her. Gopi tells Ahem that a girl is bringing food for him and taking away his stuff.

She shows him her old photograph and wishes to bring back his memory. Gehna tries to stop Anant outside who has brought a full plate of food for her.