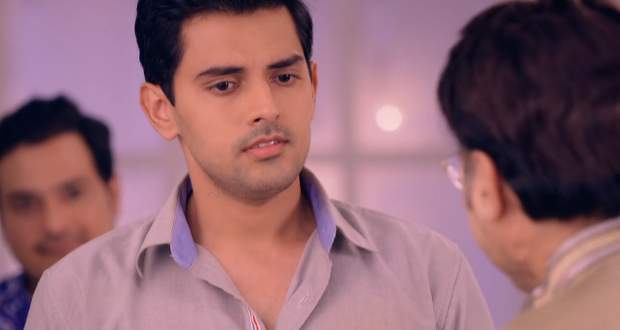 Today's Saath Nibhaana Saathiya 2 (SNS2) 9 Nov episode starts with Gopi Kaka scolding Gehna for not taking care of herself. He asks Gehna to stay there until he goes to the Akhaada.

Anant comes there and appreciates Gehna for helping them. He also gives her ointment while Gehna thanks him.

Anant also puts the ointment on Gehna’s feet. Later, the Desai and Modi family gather to do the Aarti of the goddess and pray for their family.

After the Aarti, Praful gets a call and gets really upset. He reveals that Anant has to go for a job in America and asks him to go.

Kanak gets happy and motivates Anant. However, Anant refuses to go and informs the manager of the company that he won’t work with them.

Kokila says Anant is the light of the house while Kanak and Hema fume in anger. Later, Jamna talks about Gehna’s marriage and she starts crying.

Praful tells a joke to cheer up Gehna. Further, Gopi wishes to make the dinner while Anant says Kanak and Praful can return the money whenever they want.

Kanak gets an idea when she overhears about Gopi’s injury and remembers the man she saw another day. Meanwhile, Hema warns Sagar and asks him to stay away from Gehna.

Kanak interrupts them and learns Gopi was roaming in the garden and also had wet hair. Kanak is rebuked by Kokila and further sees the man again.

She warns Kokila against Gopi and asks her to see the reality of her daughter-in-law. Kokila warns her about being wrong.

Upcoming Saath Nibhaana Saathiya 2 episode update: Kokila learns the disguise of Gopi and refuses to talk to her.

© Copyright tellybest.com, 2020, 2021. All Rights Reserved. Unauthorized use and/or duplication of any material from tellybest.com without written permission is strictly prohibited.
Cached Saved on: Sunday 9th of May 2021 09:14:39 PM