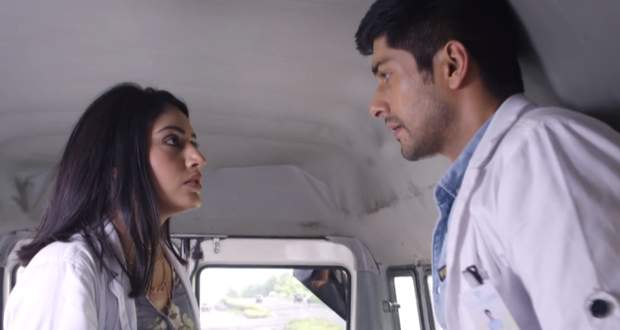 Today's Sanjeevani 2 10 Sep episode starts with Dr. Asha consoling Ishani for not believing what people say. Aman also says Ishani is not alone and they will support her.

Sid blames Rishabh for putting the posters and insulting Ishani. Rishabh hints on Ishani leaving Sanjivani while Shashank gets angry on someone slapping his daughter.

He further asks Juhi about her husband Dr. Rahul. Rishabh shows a petition in which Sanjivani members want Ishani out.

Rishabh further frames Sid and makes Ishani believe that Sid is behind petition as well. Ishani gets angry at Sid and is not ready to listen to him.

Later, Vardhan proposes to file a complaint against the person who attacked Anjali and Ishani. Ishani says she doesn’t want to do any complaint.

Rishabh tries to be a hero in front of Ishani and gives her an important case. Meanwhile, Shashank brings the same person who slapped Anjali.

The person apologizes for his behaviour and starts crying. Anjali melts with his request and assures she will not take any action.

Ishani and Rishabh argue over a patient’s case. Rishabh wants Ishani to follow orders while Ishani misses Sid and his style of working.

Sid calls Ishani in the ambulance to talk. Ishani warns to stop the ambulance or else she will complain to Dr. Shashank. Later, she slaps Sid for trying to talk to her forcefully.

Upcoming Sanjivani 2 episode update: Ishani blames Sid for humiliating her and later gets rejected by other senior residents of Sanjivani.

© Copyright tellybest.com, 2018 & 2019. All Rights Reserved. Unauthorized use and/or duplication of this material without written permission from tellybest.com is strictly prohibited.
Cached Saved on: Tuesday 7th of July 2020 12:08:03 PM