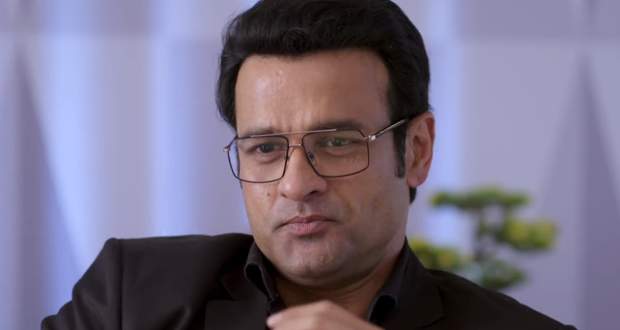 Today's Sanjeevani 2 11 Nov episode starts with Ishani and Sid getting attacked by some goons. Sid tries to fight them and Ishani tries to protect him. They trap Ishani and Sid is forced to stop fighting.

Meanwhile, Asha calls Vardhan and enquires about his plan. Vardhan tells some plan regarding Sid’s professional life which shocks Asha.

The goons tie Ishani and Sid to a tree and run away with their money. Sid and Ishani share some emotional moments of love.

They get free from the rope while Ishani thinks even destiny can't bring them together. Meanwhile, Vardhan gets a VIP patient and thinks about trapping Shashank in the case.

Later, Asha enquires from Sid that if he feels guilty for choosing her over Ishani. Sid says he wanted to save the kid but he can’t promise he can forget Ishani.

Shashank asks Sid to assist him on the case. The commissioner wants Sid to do the surgery as he has heard a lot about Sid’s talent.

Shashank doesn’t feel bad but is happy that Sid got the case. Vardhan is pleased and knows the operation day will be most memorable. Later, Ishani gets a letter from Sid wrapped on a ball. Sid tells Ishani about his surgery in that letter.

Upcoming Sanjivani 2 episode update: Sid gets dizzy in the operation theatre and makes a huge mistake.

© Copyright tellybest.com, 2018 & 2019. All Rights Reserved. Unauthorized use and/or duplication of this material without written permission from tellybest.com is strictly prohibited.
Cached Saved on: Tuesday 7th of July 2020 08:27:35 AMCached Disp on: Thursday 9th of July 2020 07:14:24 PM