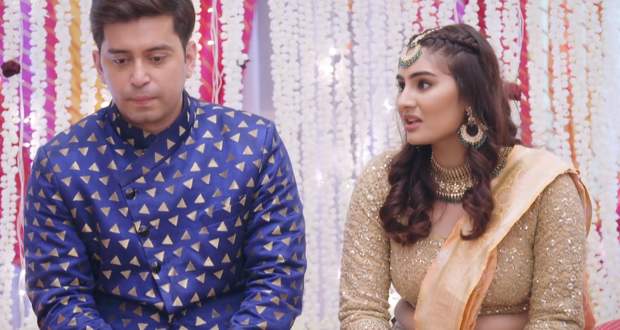 Anjali doesn’t wear saree given by Vardhan. Vardhan thinks he needs to think something big to trap Anjali. Jessica arrives in a wheelchair looking gorgeous.

Jignesh carried Jessica in his arms while Sid waits for Ishani. Sid gets mesmerized with Ishani’s beauty and is unable to speak.

Sid teases Ishani with his actions while she also jokes about his clothes. Later, Vardhan stops Anjali by holding her hand and enquires about the saree.

Vardhan compliments her while Anjali shows attitude to him. At the same time, Juhi gives a speech about Sanjivani and the value of relations.

She instructs Ishani and Sid to start the function while Jessica wants her in-laws to say something. She receives blessings from her in-laws.

Sid and Ishani along with other young doctors of Sanjivani start with the celebrations and dance on a popular song. Later, Shashank gets severe pain in his neck.

He hides his problem from Juhi and talks about something else. At the same time, Jessica falls from her chair and gets unconscious.

Upcoming Sanjivani 2 episode update: Jessica gets unconscious and is taken into the emergency.

© Copyright tellybest.com, 2018 & 2019. All Rights Reserved. Unauthorized use and/or duplication of this material without written permission from tellybest.com is strictly prohibited.
Cached Saved on: Tuesday 4th of August 2020 11:49:14 PMCached Disp on: Thursday 6th of August 2020 08:02:19 PM