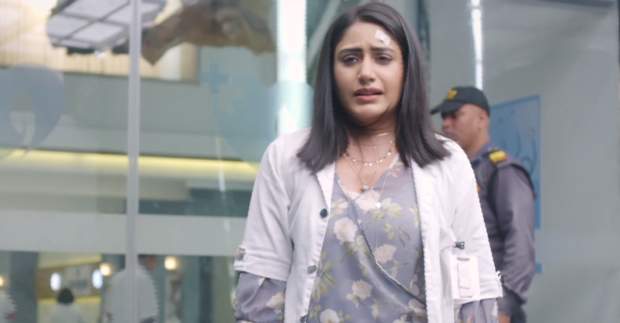 Later, Ishani and Rishabh meet Veronika and Ishani realizes the true face of Rishabh. Rishabh orders some tests for Veronika while Ishani interrupts him.

Sid gives himself a pep talk and decides not to worry about Ishani. Asha comes and informs Ishani is with Rishabh and at the same time, a man gets unconscious in front of them.

Vardhan praises Rishabh for his idea and later informs him that Ishani has released his golden egg, Veronika.

Rishabh confronts Ishani and asks her about the blood tests. Ishani has already linked Veronika’s disease to her menstrual cycle and diagnosed the problem.

When Veronika leaves, Rishabh gets mad at Ishani and removes her from his team. Later, Sid and Asha discover their patient is unstable and inform Dr. Neil.

The patient turns out to be Neil’s father. Meanwhile, Ishani discovers her new boss is sleeping and complaints against him.

Shashank advises Ishani to leave the past behind and move on with life. Ishani is rejected by various residents and gets disheartened.

Ishani gets pushed down on the ground and Aman tries to console her. She decides to leave Sanjivani.

Upcoming Sanjivani 2 episode update: Shashank tells Sid to bring back Ishani and later Sid tries to console her by dancing with her.

© Copyright tellybest.com, 2018 & 2019. All Rights Reserved. Unauthorized use and/or duplication of this material without written permission from tellybest.com is strictly prohibited.
Cached Saved on: Tuesday 7th of July 2020 12:32:43 PM