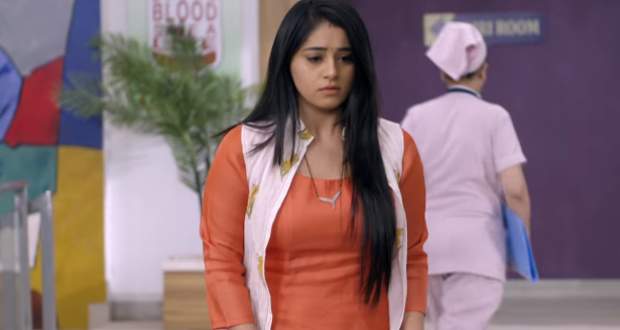 Today's Sanjeevani 2 12 Dec episode starts with Ishani finding Sid under the covers. Sid declares that he is a corpse without her while Ishani gets angry at him.

Vardhan again threatens to tell Asha’s father as Ishani and Sid are together. He calls her father while later gives the time till evening to separate Sid and Ishani.

Later, Asha meets Rishabh and offers to help him in bringing Sid down. She asks him to keep Ishani away from Sid to get his position in the hospital.

Rishabh decides to follow Ishani in the locker room while Sid gives her a lot of surprises there. Rishabh arrives in the room and asks Ishani to go out with him for coffee.

Rishabh gets successful in convincing Ishani for coffee. She says yes to keep Sid away from her life. She further tries to explain Sid how their love is not enough.

Sid says that he doesn’t care about society and wants to do what he desires. He promises Ishani that he will not let her drink anything with a man like Rishabh.

Sid confronts Asha and knows she is behind sending Rishabh. He says that all of the eligible bachelors will fall short in front of their love.

Ishani reaches for the coffee date but can hear Sid’s voice. She is not able to concentrate on her date as she just thinks about Sid.