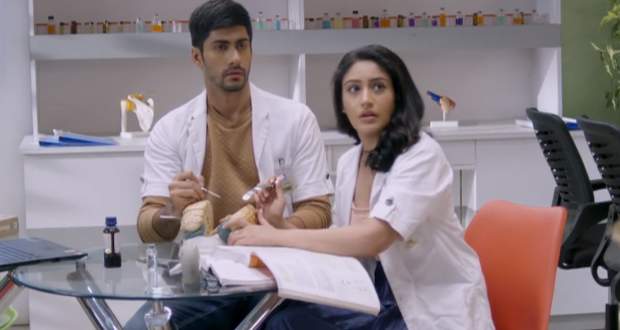 Today's Sanjeevani 2 12 Nov episode starts with A patient enquiring about Dr. Sid and praising him. Meanwhile, Asha does drama of falling in the bathroom to keep Sid at home.

Dr. Neil and Ishani wonder where Sid is while Sid is not able to call the hospital. At the same time, Vardhan enquires about Sid but Ishani defends Sid.

Sid breaks the door and finds Asha on the floor. Meanwhile, Shashank asks Juhi to arrange the scrubs and Vardhan creates a scene.

Sid arrives at the same time and Shashank enquires about Sid’s absence. He further doesn’t want excuses and gives Sid one last chance.

Vardhan asks Asha to do as he says while Sid gets disturbed about the patient he was not able to operate. Ishani motivates Sid in believing in himself and fighting with the situations.

Sid starts preparing for the surgery while Vardhan hopes Sid makes just one mistake. He wants to use that mistake against Dr. Shashank.

Vardhan also hires fake media to ask Sid inappropriate questions. He also asks Asha to bring some Prasad and tells her about Ishani being close to Sid. Asha interrupts Sid and Ishani and brings Prasad for Sid.

Upcoming Sanjivani 2 episode update: Sid gets dizzy in the operation theatre and makes a mistake during operation.

© Copyright tellybest.com, 2018, 2019, 2020. All Rights Reserved. Unauthorized use and/or duplication of this material without written permission from tellybest.com is strictly prohibited.
Cached Saved on: Thursday 1st of October 2020 03:17:22 AM