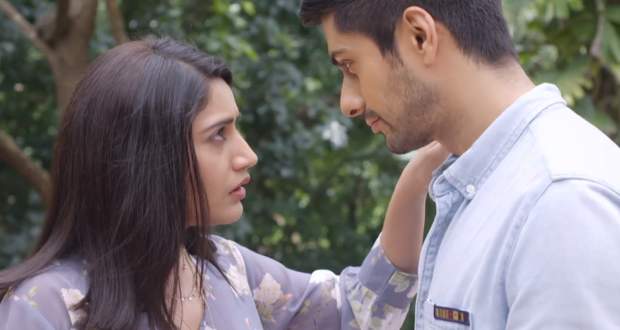 Dr. Juhi says the case is complicated while Dr. Aman comes and informs Ishani has left Sanjivani. Shashank tells Sid that he has to bring Ishani back.

Sid comes at Ishani’s home and asks her to return Sanjivani. Ishani is not ready to change her mind regarding Sid.

Sid asks her to dance with him once to refresh her mood. Ishani agrees to his requests and both dance to the beats of a song without touching each other.

Meanwhile, Vardhan introduces the luxury ward and Dr. Anjali as the head of surgery. He shows the chief guest the facilities provided in the luxury ward.

Anjali gets upset with the media’s questions regarding Dr. Shashank’s absence. Meanwhile, Ishani continues to blame Sid while he asks her to come for Neil’s father.

Vardhan tries to defend Anjali and Shashank’s relation in front of the media. Juhi decides to talk to Shashank regarding Anjali and his relation.

Neil’s father gets conscious and feels proud of his son. Sid and other doctors try to diagnose his case while Ishani arrives and says it might be a blood infection.

Neil discovers his father is hallucinating and informs Dr. Sid. They try to investigate his medications using his room key card.

Upcoming Sanjivani 2 episode update: Sid and Ishani get stuck in a house with rain pouring outside.

© Copyright tellybest.com, 2018 & 2019. All Rights Reserved. Unauthorized use and/or duplication of this material without written permission from tellybest.com is strictly prohibited.
Cached Saved on: Thursday 16th of July 2020 07:57:08 PM