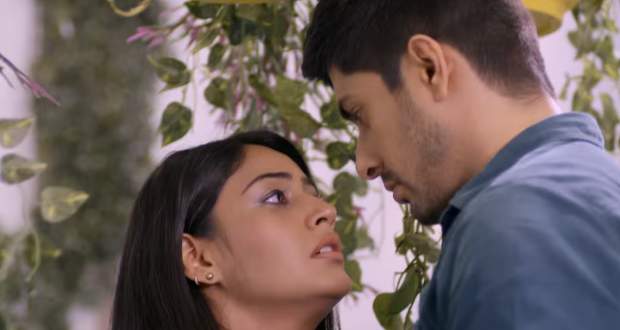 Today's Sanjeevani 2 13 Dec episode starts with Ishani finding Dr. Sid in the restaurant. Meanwhile, Vardhan asks Asha if she did something about separating Sid and Ishani.

Rishabh doesn’t like Sid being close to Ishani and mocks her for being with other girls while being married. At the same time, Rishabh’s girlfriend Mansi comes and takes him.

Ishani gets angry at Sid for spoiling their love’s name. Sid doesn’t want Ishani to get away from him while Ishani doesn’t want to stay.

He acts of being married to him in front of everyone and shows that they have kids. The people around try to console Ishani while she gets angry.

Asha gets worried to see Rishabh back alone. Meanwhile, Ishani returns home and finds Sid has followed her. Sid locks Ishani with him using a handcuff.

They share some romantic and emotional moments. At the same time, Asha lies that Rishabh is still with Ishani while Vardhan knows she has lied.

Asha doesn’t want to continue with his plans while Vardhan says he will destroy her career. He starts typing her termination letter while Asha requests him to not throw her out.

© Copyright tellybest.com, 2018 & 2019. All Rights Reserved. Unauthorized use and/or duplication of this material without written permission from tellybest.com is strictly prohibited.
Cached Saved on: Monday 24th of February 2020 07:09:06 AM