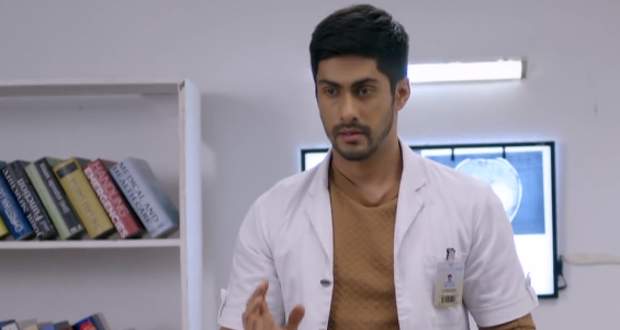 Sid feels dizzy but ignores it and meets his patient. Later, Asha reveals that she has fed Sid the whole sweet with sleeping medicine.

The patient is brought in the operation theatre while Ishani witnesses Sid’s sleepy condition. Sid says if at any moment he will not feel well, he will back out.

Sid also motivates himself and gets ready for the surgery. He goes inside the operation theatre while Shashank and everyone else is watching the surgery.

Sid performs the surgery perfectly initially while Vardhan wonders how Sid is working in a fine state. Later, Shashank leaves urgently for a meeting.

Shashank returns and at the same time, Sid gets dizzy while performing the surgery. Sid puts a cut at the wrong place while Juhi rushes to save the patient.

Vardhan gets delighted with his successful plan while Sid feels guilty.

Upcoming Sanjivani 2 episode update: Sid is bombarded with Media’s questions while later Shashank gets angry at him.

© Copyright tellybest.com, 2018 & 2019. All Rights Reserved. Unauthorized use and/or duplication of this material without written permission from tellybest.com is strictly prohibited.
Cached Saved on: Tuesday 7th of July 2020 02:57:12 AMCached Disp on: Thursday 9th of July 2020 06:58:15 PM