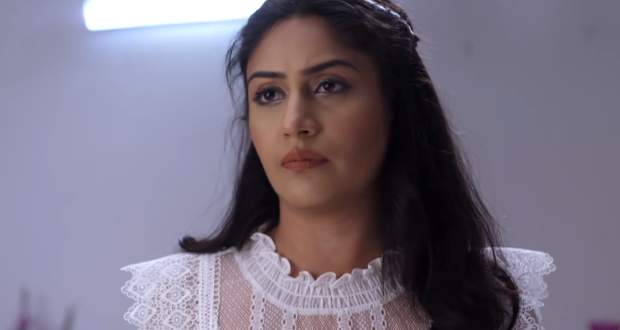 Today's Sanjeevani 2 15 Nov episode starts with Ishani and Sid sharing an emotional moment together. They are interrupted by Rahil who informs that Asha is arriving.

Asha takes Sid home while Ishani thinks something is wrong. She decides to find out the reality before the board meeting.

Rishabh decides to become the best doctor after Sid leaves. Meanwhile, Sid returns home and is disappointed in himself. Guddu Maama gets angry at the person who is behind Sid’s tears.

Asha doesn’t like him talking ill about her indirectly and decides to use him in her next plan. Later, Sid is asked to help a small boy who can’t wake up.

He successfully saves his life and the boy gets conscious. Sid gets happy to save his life and Guddu Mama also praises him. Meanwhile, Ishani tries to find the real truth behind Sid’s failed surgery.

She also asks help from Dr. Rahil and informs him that he has never failed in a case. She is further sure that Sid didn’t sleep during the surgery.

Ishani is sure he is fed something which made him dizzy before the surgery. Rahil and Ishani enquire from hospital staff but no one gave him anything to eat.

Ishani asks Sid to be strong and fight the circumstances. Later, Ishani remembers that Asha gave Sid Prasad from the temple.

Upcoming Sanjivani 2 episode update: Asha makes a plan to send Guddu out so that Sid can’t attend the board meeting.

© Copyright tellybest.com, 2018 & 2019. All Rights Reserved. Unauthorized use and/or duplication of this material without written permission from tellybest.com is strictly prohibited.
Cached Saved on: Thursday 30th of January 2020 08:18:32 PMCached Disp on: Sunday 23rd of February 2020 06:41:22 AM