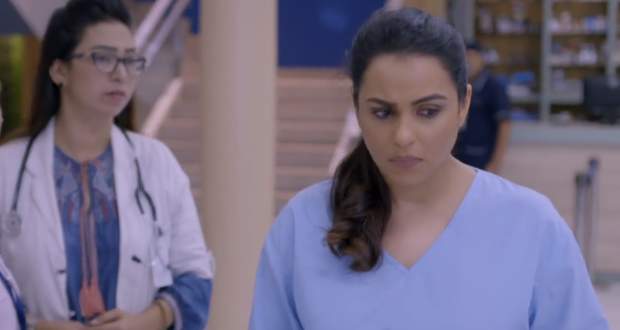 Today's Sanjeevani 2 16 Aug episode starts with Sid wishing Shashank all the best for his surgery. Juhi takes Dr. Shashank in the operation theatre.

Juhi is nervous to operate on Shashank. Dr. Shashank says he wants to live but informs her if something happens, she will handle the post of the chief of surgery.

Meanwhile, Dr. Rishabh tries to examine a patient’s reports and discusses it with Ishani. The father of the patient creates a scene and wants to take his daughter back.

Ishani tries to console him by telling the blockage in her daughter’s stomach can be a tumour. The father is still upset with the hospital and asks for a discharge form.

The parents of the patient are ready to take her home when Ishani comes and informs them that their daughter is suffering from Rapunzel’s syndrome.

At the same time, Dr. Juhi is nervous about performing the surgery. She is confused about where to make the cut as the tumour is spread across the whole brain.

Juhi is unable to operate on Shashank and asks to close him up instead. Vardhan appoints a man as the CEO of the hospital as there is no hope for Shashank.

Later, Dr. Juhi breaks down in her car and feels helpless.

Ishani operates on the girl and takes out a huge amount of hair from her stomach. Rishabh gets mad at her for not following the protocol.

Ishani clicks a picture of Sid taking money from someone and decides to use it to expose him.