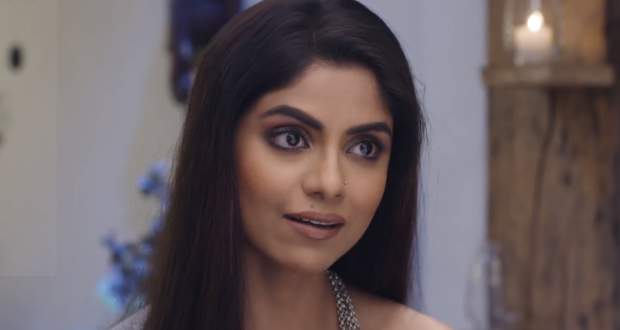 Today's Sanjeevani 2 16 Sep episode starts with Sid and Ishani sharing a romantic moment while searching for network. Meanwhile, Anjali receives a gift from an unknown person.

Dr. Asha tries to expose Rishabh by tricking her. Rishabh admits he was the one to put posters in the hospital and warns Asha to mind her business.

Juhi reveals she sent the gift to Anjali and invites her for dinner. Anjali agrees to her request on Vardhan’s command.

Meanwhile, Rishabh blackmails Asha in not telling anyone about his truth or else he will make sure to throw Asha out of Sanjivani.

Ishani gets networks for a moment and informs Dr. Asha about Neil’s father’s disease and them being stuck in the villa.

Later, Anjali arrives at Juhi’s place and they start communicating. Anjali shows her hatred towards Juhi while Juhi wants to know the real reason for her bitterness.

At the same time, Dr. Shashank arrives and gets surprised to see Anjali. Later, Neil thanks both Dr. Sid and Ishani for saving his father.

Juhi tries to console Anjali while she wants Juhi to leave Sanjivani. Anjali asks Shashank to tell the reason to throw Juhi out of Sanjivani in the past.

Sid invites Ishani and his friends for the Ganesh Utsav at his home. Meanwhile, Anjali reveals Dr. Shashank loves Juhi and that is why he threw Juhi out of Sanjivani.

Asha reveals in front of Ishani that Rishabh was behind putting the posters.

© Copyright tellybest.com, 2018 & 2019. All Rights Reserved. Unauthorized use and/or duplication of this material without written permission from tellybest.com is strictly prohibited.
Cached Saved on: Tuesday 31st of March 2020 06:44:59 AM